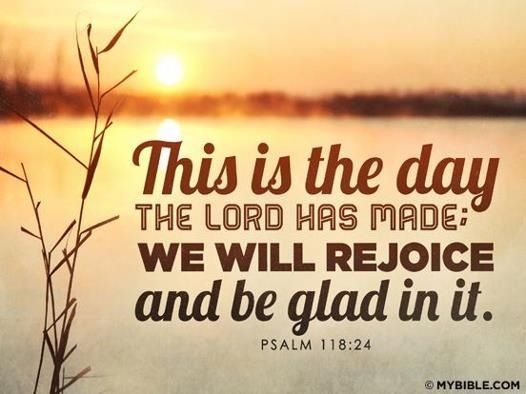 Is there anything preventing you from commencing or continuing God’s calling on your life, whether on a church, community or national level?

If it is fear, be reminded that your heavenly Father has not given you a spirit of fear but you have His Holy Spirit of love, power and a sound mind. The Holy Spirit who raised Jesus from the dead lives in you and empowers you to do all that God has planned for you to do.

Also be reminded that in the Old Testament

-Daniel was fearless before the King of Babylon refusing to eat food offered to idols, nor bow before an idol, but God protected him and his equally bold friends from death in a fiery furnace.

-David was fearless and so boldly confronted and killed the giant Goliath of the Philistines’ army. He went on to lead Israel in many wars which they won with God’s help.

Being young and inexperienced is not an excuse as these two men were young and neither is being too old for David continued to go to war as an aging adult.

In the book of Acts in the New Testament, be reminded of apostles such as Paul, Silas and Peter who were full of the Holy Spirit, preaching the gospel, healing the sick and delivering the demon possessed at the risk of their lives.

Also be reminded of the following some centuries ago
– William Wilberforce was a member of parliament from Kingston upon Hull, Yorkshire who in 1785 became an evangelical Christian which changed his life considerably and set him on a lifelong mission of reform.
He headed the parliamentary campaign against the British slave trade for twenty years until the passage of the Slave Trade Act of 1807 and supported the campaign that led to the Slavery Abolition Act 1833, which abolished slavery in most of the British Empire; Wilberforce died just three days after hearing of the passage of the Act. He was buried with honour in Westminster Abbey, London.
There are other causes and campaigns he championed such as the Society for the Suppression of Vice, British missionary work in India, the creation of a free colony in Sierra Leone, the foundation of the Church Mission Society, and the Society for the Prevention of Cruelty to Animals.

-Thomas Barnardos was an evangelical Christian who in the 1800s pioneered a Ragged school in the east end of London where poor children could have a basic education. He also gave up his vision of being a medical missionary in China to set up a children’s homes. A group of homes for girls called the “village” also had a hospital and missions church.

These are all demonstrations of God’s might at work through His people whether in the Old Testament, New Testament or modern times.

“But the people that do know their God shall be strong, and do exploits.” (Daniel 11:32 NIV)

“Most certainly I tell you, he who believes in me, the works that I do, he will do also; and he will do greater works than these, because I am going to my Father” (John 14:12 KJV)

These men knew their God and were therefore bold enough to defy and overcome the enemies of God and overcome discouraging voices if there were any as there certainly was in the case of David, so as to accomplish great things for God.

They were ordinary people who had in common with you and I the fact that they worshipped and served an extraordinary God, so if they could do great works for Him so can we.

Today there are many believers in Jesus doing great works for God in the church, community and nation as a whole. When I use the word ‘great’ I refer to all genuine works for God in a Christian context because they are all, whether they are defined as small or big by man, great in God’s eyes. He is looking for those who are fully committed and so faithful to Him. Giving food to the hungry and offering a kind word of encouragement to someone who needs it glorifies God as much as praying for the sick and preaching the Gospel to masses.

As Wilberforce and Barnardos who affected society for God, you may have ideas for community or national projects, general or for a specific group of people such as the youth or the aged. Even the fact that the idea popped into your mind, results in the joyful praise of the Angels of God and the commendation by Father “you good and faithful servant…” Hence rewards due you are ready for the taking, if only you will activate that idea or project to the glory of God. Imagine those who will lose out if you do not fulfill that project or see it through to the end.

As believers, when we do all things as unto the LORD, it pleases Him, we are rewarded and considered His “sheep” theough Christ, worthy of eternal life (Matt. 25 Col. 3:23)

If someone is in doubt as to whether they are called at all, I have a message for you which I know is true because I am living proof that it is and I know of several others as myself. The message is this:

I am a firm believer in the fact that as long as we are saved we not only have the general commission to preach, evangelise and disciple (Matt. 28:18-20), but specific or unique commissions in our pathway of life which interlink with those of others in the Body of Christ to the glory of God.

God forbid that we come to the end of our lives not having known or fulfilled our specific or unique commission or calling.

These scriptures will encourage you regarding your identity and destiny:

“For we are his workmanship, created in Christ Jesus unto good works, which God hath before ordained that we should walk in them.” (Eph. 2:10 KJV)

“For I know the plans I have for you,” declares the LORD, “plans to prosper you and not to harm you, plans to give you hope and a future.” (Jeremiah 29:11 NIV)
As someone said, “it is only when we understand our identity that we can exercise our authority”

Dear Father
I pray for my brothers and sisters today that they will always remember that they can do all things through Christ who strengthens them.

My prayer is that you would reveal specific callings whether on a church, community or national level to those who do not know and remind them that as the sender you guarantee success in their mission as you have done in the past.

I also ask that you would strengthen and refresh those who already labour for you daily with your Holy Spirit so that they can do more for you in the joy of the Lord. In Jesus name Amen.

This is a prose poem I wrote, it is a discourse between an angel of the Lord who proclaims a message and a child of God: 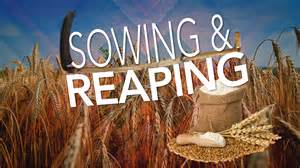 The End Time Harvest trumpet call was resounded by the angel of the Lord and I heard his voice saying:

“There is a season for everything, and a time for every event under heaven,

in obedience to Him who called you out of darkness into His light.

Do you LOVE the LORD?

in kindness by giving to the needy as unto him who gave his life for you.

Do you GIVE to the LORD?

in outreach to draw the unsaved to him who came to seek and to save the lost.

Do you LABOUR for the LORD?

I replied “I love the Lord, giving and labouring for him, not counting the costs of the seeds I planted.”

The angel replied “The Lord has seen your faithfulness and says in this season of harvest, it is your time to reap from your

OBEDIENCE: You have God’s abiding presence.

KINDNESS: You have a place among God’s remnants “sheep”.

OUTREACH: God says “Thou good and faithful servant …” and a double portion anointing for greater service is yours.

Keep on sowing, do not grow weary, nor count the costs for in due course, you shall reap again if you do not give up.”

You are blessed, determine to stay blessed.