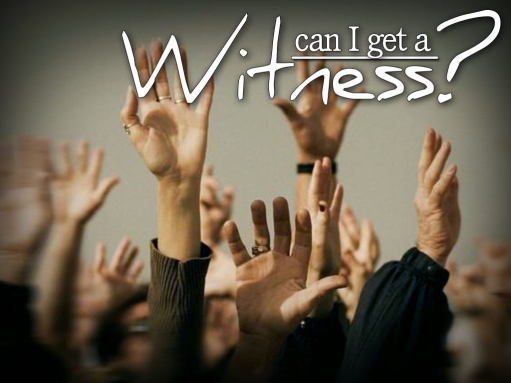 “Not everyone’s an evangelist or apologist. But everyone of us is a witness” J. John

Introduction
I hope you had a good week. Today I feel compelled to present to you The Word 4U 2Day’s (also called Word for Today) interview with Canon J.John, a British evangelist, minister, social activist, writer and speaker. I have listened to Evangelist J.John speak on Christian Television and at a conference and I have great respect for him. I also discern that he is not only a truly God ordained evangelist, but he is also a man blessed with a great measure of God’s wisdom and a remarkable gift of communicating the Gospel simply and humorously in a way that everyone can understand.

This is as good a time as any to share this interview with you, as I feel that it will encourage us to witness more. It will also strengthen many of us who have already planned to spread the gospel during this Christmas season or are seeking God for more creative ways to engage in evangelism. As well as encouraging us to be witnesses of Christ by sharing the Gospel,  J.John also highlights the importance of sharing what God has done for us in our lives or our testimonies as a form of witnessing.

W4U: What is the hope of the Gospel?

JJ: We read in Acts Chapter One, that the Holy Spirit was given to the first followers of Jesus and it says the spirit was given to empower them to be witnesses. So the main reason that we have God’s Holy Spirit is to be share the Gospel. We’re either a good witness or we’re a poor witness, but we are definitely a witness. The Holy Spirit empowers us to be able to convey and communicate to the people who don’t know this Good News.

W4U: Whose job is it to do that? Is it for everyone, or just evangelists?

JJ: Like I said, I think every Christian is a witness. In a court of law, you’ll have a witness and you’ll have a lawyer. The witness gets up and says, ‘let me just tell you what I know’ – and that’s what they do: let me just tell you what I know, what I saw, what I felt, what I experience. Now, a lawyer gets up and presents the facts in such a convincing manner to get the jury to make a decision. I’m what they call an evangelist, so I take the facts of Christianity – like an apologist – and I present them like that lawyer, in such a way as to make the jury come to a decision. Not everyone is a lawyer, not everyone’s an evangelist or apologist. But every one of us *is* a witness. And so we’ve got to begin to be more intentional in telling our story.

W4U: How can we take that step to be a witness, and share God’s hope with this world?

JJ: Okay, going back to Acts Chapter One, when we’re told about the Holy Spirit, empowering us to be witnesses, we then are given a strategy and the strategy is to go into Jerusalem, then into Judea, then into Cymera, then to the ends of the earth. Now, Jerusalem, to the first disciples, is where they denied Jesus. Where were they at the crucifixion? Only John was there. So Jesus said ‘Start in the place of your greatest failure’. Where is that for most of us? Family, friends, neighbours, colleagues. So if we’re going to reach the world, we’ve got to reach *our* world. People often think about going on a missions trip and I say, ‘Look, go on a missions trip, just walk next door’.

W4U: Tell us more about that idea. How can we be ‘go on a mission trip’ in our local area?

JJ: Three things: We start by praying into the lives of all those people that we have a relationship with. Secondly, caring. Our sociology has to reflect our theology. A lighthouse doesn’t make any noise but you can see it – so sometimes our communication has to be visible, and practical, as well as verbal. Then, thirdly, by sharing something of what God has done in our lives, to somehow engage with those people who don’t know God.

W4U: Finally, then, what should we expect when we do share our faith? In your experience, how do people who wouldn’t necessarily call themselves Christians respond to that Gospel?

JJ: I don’t think people who don’t consider themselves Christian are hostile. I actually believe that they’re receptive. But we live in a very pick and mix culture. A lot of people like a little bit of this and little bit of that. A lot of people’s understanding of Christianity is a misunderstanding. So we have that awesome responsibility of trying to clear through misunderstandings so that we can somehow convey what the truth is. If you take Jesus and the Samaritan woman in John Chapter Four, when they encountered each other, there were so many social, moral, and religious barriers. However, they had one thing in common. They both wanted H-2-O. So, that’s what Jesus started speaking to her about. Don’t focus on the barriers, focus on what you’ve got in common and use that as your starting point.

W4U: In conclusion, if you could say one thing to the person reading this, what would you say?

JJ: A missionary isn’t someone who crosses the sea, it’s someone who sees the cross. If we’ve seen the cross, and understood what Jesus did for us, then in the words of the Apostle Paul in Two Corinthians: “The love of Christ compels us”.