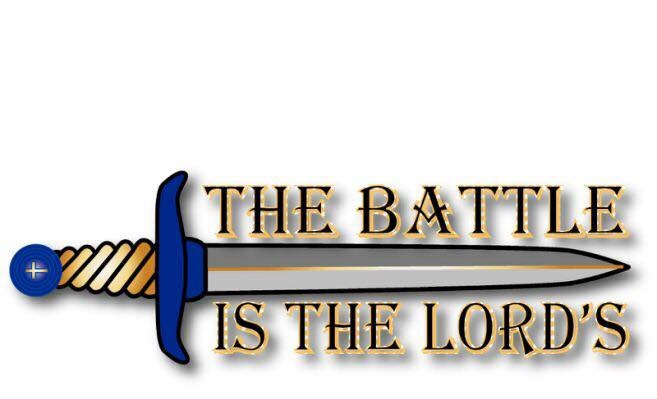 I shall declare it,

The Battle is the LORD’s yet

He arms me with strength.

I march in awe.

Boosted and bonded with

soldiers, we march in awe.

Our strength is in

mighty to pull down

cast down all powers

I shall declare it,

yet He gives me strategies.

I march to war.

Skilled and schooled with

generals, we march to war.

Our strategies are wisdom

Mighty to pull down every

high thing,and cast down all

exalted against the knowledge

He calls us, we are one,

and arms us as one.

We shall declare it,

We shall not fear

for the Battle is the LORD’s !

The Battle is the LORD’s – True Worshippers are guaranteed Victory in Life’s battles.

I.Gleaned from the chapter – A summary of the qualities expected of a true worshipper or a committed child of God.

A true worshipper has the following nature and lifestyle:

-seeks and waits on God for guidance or direction.

-prayer and fasting is a lifestyle with expectation to hear God speak.

-Even if they experience the emotion of fear, a true worshipper remembers their authority in Christ and that they are empowered by God because the Holy Spirit is within them and is guiding them. Therefore as Jehoshaphat rather than accept defeat when faced with danger in times of fear when they feel weak and helpless they take refuge in Him (God) who gives them strength and strategies to overcome.

-A true worshipper accepts that they are called to be relational with fellow brethren for this is how God and Christ operate; Christ prayed to God for his disciples

While Jehoshaphat must have trusted God to answer his prayers, he also knew that unity in prayer and fasting pleased God and so called the nation of Judah to fast and pray.

Therefore when faced with issues that concern or affect them collectively either as a church or nation, a true worshipper is not one to isolate themselves but rather join in with the brethren to engage with one another in intercession and worship before God.

A. A consolidated army of surrounding nations advance to attack Judah – A call to fast and pray

Armies from surrounding nations had gathered together stationed to begin to attack Judah. King Jehoshaphat of Judah was terrified but he knew that the only way to overcome this fear is to seek He who is able to deliver and so He sought the LORD for guidance as to what to do. He ordered all the people of Judah to fast, they gathered in Jerusalem to seek the LORD’s help.

“5 Jehoshaphat stood before the community of Judah and Jerusalem in front of the new courtyard at the Temple of the Lord. 6 He prayed, “O Lord, God of our ancestors, you alone are the God who is in heaven. You are ruler of all the kingdoms of the earth. You are powerful and mighty; no one can stand against you! 7 O our God, did you not drive out those who lived in this land when your people Israel arrived? And did you not give this land forever to the descendants of your friend Abraham? 8 Your people settled here and built this Temple to honor your name. 9 They said, ‘Whenever we are faced with any calamity such as war,[d] plague, or famine, we can come to stand in your presence before this Temple where your name is honored. We can cry out to you to save us, and you will hear us and rescue us.’

10 “And now see what the armies of Ammon, Moab, and Mount Seir are doing. You would not let our ancestors invade those nations when Israel left Egypt, so they went around them and did not destroy them. 11 Now see how they reward us! For they have come to throw us out of your land, which you gave us as an inheritance. 12 O our God, won’t you stop them? We are powerless against this mighty army that is about to attack us. We do not know what to do, but we are looking to you for help.”

B. Prophetic Word of encouragement was given.

It is worthy to note that the prophecy was given when the Spirit of God came upon one of the men gathered whose name was Jahaziel, a descendant of Asaph. He was not a well known prophet yet Jehoshaphat did not reject the Word, He humbly received it. God speaks through anyone He chooses, and we can only know it is God and therefore not miss His blessing if we have a heart like Jehoshaphat; humble and close to God, dependant on Him as a true “sheep” for His sheep know his voice, they recognise it is Him speaking regardless of what His voice sounds like or the vessel through whom He speaks.

Jahaziel came from a musical family, as a descendant of Asaph. He was from a household of musicians or worshippers and God chose the Spirit of prophecy to manifest through him at such a crucial time when the nation was assembled waiting on God.

This ought to speak to us; our lives should be lived in such a way that we practice what we profess to be, true worshippers of God through Christ Jesus at all times. In doing so, we open ourselves up to hear from God not just for ourselves but also other people and even nations.

We and our descendants can be trusted by God to be His vessels to fulfil as well as convey His plans, some of which could bring great deliverance to nations as in the case of Asaph’s descendant Jahaziel.

God said through Jahaziel, before Jehoshaphat and the crowd

“15 Listen, all you people of Judah and Jerusalem! Listen, King Jehoshaphat! This is what the Lordsays: Do not be afraid! Don’t be discouraged by this mighty army, for the battle is not yours, but God’s. 16 Tomorrow, march out against them. You will find them coming up through the ascent of Ziz at the end of the valley that opens into the wilderness of Jeruel. 17 But you will not even need to fight. Take your positions; then stand still and watch the Lord’s victory. He is with you, O people of Judah and Jerusalem. Do not be afraid or discouraged. Go out against them tomorrow, for the Lord is with you!””

C. When Jehoshaphat accepted the prophetic Word of God, God gave Him the strategy of how to advance, he followed the instructions and Judah was victorious in the warfare against the great Army:

“18 Then King Jehoshaphat bowed low with his face to the ground. And all the people of Judah and Jerusalem did the same, worshiping the Lord. 19 Then the Levites from the clans of Kohath and Korah stood to praise the Lord, the God of Israel, with a very loud shout.

20 Early the next morning the army of Judah went out into the wilderness of Tekoa. On the way Jehoshaphat stopped and said, “Listen to me, all you people of Judah and Jerusalem! Believe in the Lord your God, and you will be able to stand firm. Believe in his prophets, and you will succeed.”

21 After consulting the people, the king appointed singers to walk ahead of the army, singing to the Lord and praising him for his holy splendor. This is what they sang:

“Give thanks to the Lord;

22 At the very moment they began to sing and give praise, the Lordcaused the armies of Ammon, Moab, and Mount Seir to start fighting among themselves. 23 The armies of Moab and Ammon turned against their allies from Mount Seir and killed every one of them. After they had destroyed the army of Seir, they began attacking each other.24 So when the army of Judah arrived at the lookout point in the wilderness, all they saw were dead bodies lying on the ground as far as they could see. Not a single one of the enemy had escaped.

25 King Jehoshaphat and his men went out to gather the plunder. They found vast amounts of equipment, clothing,[e] and other valuables—more than they could carry. There was so much plunder that it took them three days just to collect it all!26 On the fourth day they gathered in the Valley of Blessing,[f] which got its name that day because the people praised and thanked the Lord there. It is still called the Valley of Blessing today.

27 Then all the men returned to Jerusalem, with Jehoshaphat leading them, overjoyed that the Lord had given them victory over their enemies. 28 They marched into Jerusalem to the music of harps, lyres, and trumpets, and they proceeded to the Temple of the Lord.

29 When all the surrounding kingdoms heard that the Lordhimself had fought against the enemies of Israel, the fear of God came over them. 30 So Jehoshaphat’s kingdom was at peace, for his God had given him rest on every side.”