I believe in Jesus Christ. He is the Son of God. A Son unlike any other who left his throne to became as you and I.
Walking among a crowd, he healed, taught and mended broken lives. Many believed, some doubted, but he stopped not his mandate for mankind.

Have you ever heard of a Son such as this, a man of this kind?

Have you seen one so pure and true? One who is impartial and kind.

A lover of all; rich, poor, the Jew and gentile?

He finished his work when he died and ascended to his throne. Now seated, the King makes intercession for co-heirs now and those to come.

Are you on a risky tightrope between heaven and hell with your gaze set on that place where sorrow untold with everlasting chains awaits?

Or are you ready for the Bridegroom when he comes?

As a bright lamp full of oil, keep your soul ready and ablaze. There is still time to prepare for the King, so live not in uncertainty or in a maze. 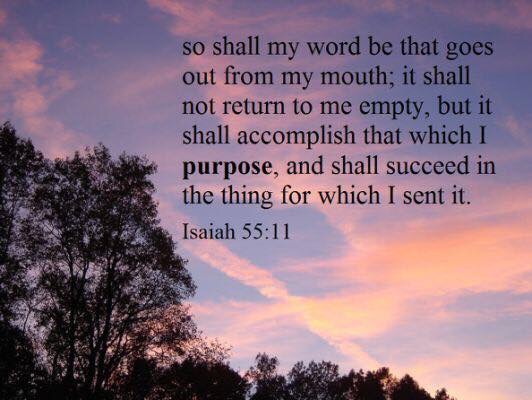 Up and down the land she walked, as a wanderer seeing naught and feeling lost, she sighed and cried “I have stalled ‘cause of the fog and drought”.
Even within, she felt barren and dry wanting to pray but too weak to try. Then came a light so bright before her face, but looking around she saw no one in that place. Within her heart, she heard a voice say loud & clear

“I am the Light of the World who loves you, my dear”. Then he placed a fountain in her heart and said “Out of you shall flow rivers of living water to quench your thirst, so you shall never falter”.

Then suddenly her heart became a well watered verdant land, from her mouth was a melodious waterfall, and her eyes were awash with God’s salve to never falter or fall.

The bright ray of the morning sun hit her face so hard she covered her eyes and exclaimed “my, what a dream so real!”

The dream spoke of God’s Light, His love and the River of Life, a picture of what is to come, a revelation of God’s delivering might and abundant promises day and night.

Now strengthened, newly enlightened, no more doubtful, newly hopeful, she knew that she could cope with every trial whatever the scope, for her heart was now full of hope, because of Him who said

Poem in soon to be published book: A Divine World: Purposeful Christian Storytelling in Poetry & Prose

His body was crushed and so was every sickness and disease whatever the name, great or small, from past to present until there was none.

He was entombed and crushed satan’s head defeating the hordes of hell.

The angel appeared, opened the grave, saying “out!” then escaped the victor of heaven Our Saviour, the Resurrected Christ.

Armed with keys, My Saviour, opened graves, and broke chains saying “out!”, then escaped captives of hell.

We his Saints, the Resurrected with Christ. He ascended on high, taking captivity captive

saying “receive!” then gave he gifts to men. We his Saints, the Resurrected with Christ.

..thank God! He gives us victory over sin and death through our Lord Jesus Christ.”

One of Poems in book – Our God Reigns: Inspirational Prophetic Christian Poetry (Volume 1) on sale at Amazon

Tell the Story of how God gave His Gift to be unwrapped for His glory.

The Gift of the Son of God born unto us, Son of man given unto us so that every day is Christmas for some man, woman and child who unwraps the gift of God

Men who unwrap to be un-trapped to become wrapped in God’s glory.

Thank you God for the story of Jesus who gave gifts to men.
The gifts of callings, the Holy Spirit so that every day is Christmas for some man, woman and child who unwraps the Gift of God
We praise God for men who are sorry, And released from worry to become His Glorious Story.

GOD’S GIFT : KING OF THE JEWS
1Now when Jesus was born in Bethlehem of Judaea in the days of Herod the king, behold, there came wise men from the east to Jerusalem, 2Saying, Where is he that is born King of the Jews? for we have seen his star in the east, and are come to worship him….
When they had heard the king, they departed; and, lo, the star, which they saw in the east, went before them, till it came and stood over where the young child was. 10When they saw the star, they rejoiced with exceeding great joy.
11And when they were come into the house, they saw the young child with Mary his mother, and fell down, and worshipped him: and when they had opened their treasures, they presented unto him gifts; gold, and frankincense, and myrrh. (Matt.2:1,2,10-11 KJV)
You are blessed, determine to stay blessed!
Deborah Esther

If but for the birth of Christ where would we be?

Knowing him is the greatest thing that happened to us, his Saints we will always be. When Christ our Saviour was born, the light in our lives, God planned to turn on. No more slaves to sin are we, but now among the chosen few. God in Christ is faithful it is true, always ready for men to renew.

As friends of Christ his mysteries to us he imparts,
not only for us to flourish and grow fat,
but that we will with zeal, the gospel to impart.
To seal many in Christ and soften hardened hearts.

“1In the beginning was the Word, and the Word was with God, and the Word was God. 2The same was in the beginning with God. 3All things were made by him; and without him was not any thing made that was made. 4In him was life; and the life was the light of men. 5And the light shineth in darkness; and the darkness comprehended it not…” (John 14:1-5 KJV)

6 For unto us a child is born, unto us a son is given: and the government shall be upon his shoulder: and his name shall be called Wonderful, Counsellor, The mighty God, The everlasting Father, The Prince of Peace. (Isaiah 9:6 KJV)

“11He came unto his own, and his own received him not. 12But as many as received him, to them gave he power to become the sons of God, [even] to them that believe on his name 13Which were born, not of blood, nor of the will of the flesh, nor of the will of man, but of God. 14And the Word was made flesh, and dwelt among us, (and we beheld his glory, the glory as of the only begotten of the Father,) full of grace and truth.” (John 14:11-14 KJV)

It was the bleak mid winter and it felt the same within his heart, as day after day the memories flooded his mind with such force, that he was drowning in despair and wept until his voice was hoarse.

The young man was feeling crushed ’cause once again his efforts were trashed.

Every time he thought he was in the money, it was like there was a hole in his bag of cash.

In his love life things were the same for his advances made no difference as many a woman would shrug and walk away, as if to say “you’re not my type, you’re a mug!’

He remembered the days when he sought fame and had friends in high places with whom he bet at the races. He tried to be like them but his photo shoots were returned with the message “sorry mate, modelling is not your fate!”

So he auditioned to sing and also thought acting was his thing, but his agent came back to say

“they say try something else ’cause acting and singing are not your thing!”

He was classed among world losers, subject to many teasers, state allowances and family loan advances.

Rejected and dejected, he cried “no one would care if I self-ejected!”

There was a knock on the door and in came his brother in law, handing him a Bible he said

That was me ten years ago, I am no longer under the law,

but saved by Grace, thanks to my brother in law, no longer fired up with envy, but ignited with God’s power and street savvy for the redeemer.

I married a woman, sent by God who says “blessed be the Lord, He sent a man who’s my type!”

We hand out bibles for the harvest is ripe and preach the Gospel every season to deliver men from strife and treason against God’s Son,

Christ the King. For this reason, hear me one and all, Christ will do for you what he did for me, promised when he said:

“The Spirit of the Sovereign LORD is upon me, for the LORD has anointed me to bring good news to the poor.

He has sent me to comfort the brokenhearted and to proclaim that captives will be released and prisoners will be freed.(1)”

Inspired by the New Testament