Also posted in my other blog “The Witness” (book out soon) please subscribe: https://thewitnesspoetrybook.wordpress.com/2018/02/10/bye-bye/

Introduction
After watching CEO and inspirational speaker and best selling author Lisa Nichol’s inspiring video (check it out on the Gold cast Facebook page or You Tube) of a life transformed after suffering domestic abuse by her fiancé, I felt inspired to engage in some scribal indulgence telling a story of redemption but from a view point that considers the abuser’s mindset and triggers, not as a means of justification but shedding some light on some of the “hidden demons” in play in such situations.

Desired with his enticing eyes, colourful words and decorated with roses and alluring scents she felt on top, the executive of his heart, the CEO of his life.

In one night her dreams had come true; from reams of beauties she was chosen by one of the Hedge-Fund crew.

To him she was just meat, one of many slaughtered for devouring, bought in a club in one of many spending sprees he called sport.

A business man, bonus acquiring sharp talker in the square mile by day and by night a gigolo, a Casanova in clubs he called “cattle markets” bidding with his eyes for the best cow.. he laughs “that’s the woman- A COW!”

Flashes of his mother often appeared before his eyes, waving to him, a 6 year old “mummy is going to the shop, I will return” She never did.. “liars all of them”!

Sly as a fox, an expert in his game, he waited until the image of her was locked in him, he, a mirror that defined her significance. Now he had god-like relevance, the Fowler’s cage was her home.

One day was as living in a romantic play pen; his voice soft and soothing and to love songs they were waltzing.

Another was life in a torture chamber under a man-child’s bitter verbal whip and slaps with hate-filled vomit until she suffocated in fear and self hate. Every morning she braced herself for what was amiss, the ready for work psycho’s bullets of abuse and punches in her abdomen with a goodbye kiss.

A rude awakening was the uncontrollable pain in her abdomen. The day of reckoning had come for from the abyss of farce living she heard the voices of many women thundering “call the ambulance or die!” The freedom fighter from deep within joined in, beckoning.

“How are you today, my dear?”
Startled, she opened her eyes and saw a face beaming at her “I am Claire”
“Claire?”
“Yes, I am your nurse, you called the ambulance, they broke in ‘cause you fainted after the call. Julie, your internal wounds and bleeding were serious. Thank God you came on time! You will be fine”

Julie shut her eyes. Smiling the risen woman within spoke:
“Yes thank God!
To a “A just in time” God: thank you!
I was that woman destined for a bright future based on scripture, even the prophetic word, then I lost my way and met a trickster and by him I became nothing but a caged bird in a home any woman would dread.

I was able to walk away, escape from the snare of the Fowler, but for him in compassion I daily kneel to pray and for caged birds unlike me who for reasons choose to stay, I shall sing a song of deliverance, that one day sunshine shall overtake the dark clouds of their circumstance.”

”Our soul is escaped as a bird out of the snare of the fowlers: the snare is broken, and we are escaped. 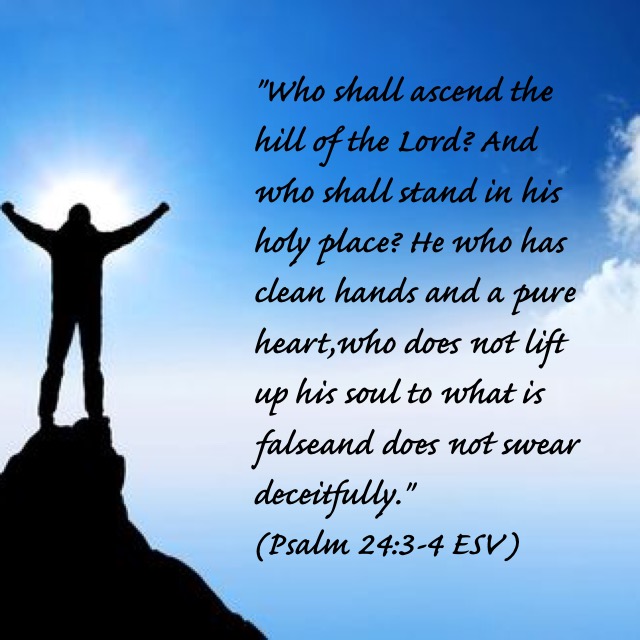 Believers in Jesus Christ “…have put on the new self, which is being renewed in knowledge in the image of its Creator. 11 Here there is no Gentile or Jew, circumcised or uncircumcised, barbarian, Scythian, slave or free, but Christ is all, and is in all. (Col. 3:10-11 NTL)

Those who do great and mighty things for God are witnesses to God’s greatness and might. They are those who He is pleased with and has therefore decided to bestow on them all that is necessary for them to reflect HIS IMAGE; who human beings were created to be – the image of God. We all have the potential to do great and mighty things for God. However the degree of surrender to God for the manifestation of His greatness and might through us varies from person to person.

Whether one lives in a mansion in a rich city or a mud hut in a poor village makes no difference, God is impartial in terms of giving gifts and callings. All God desires is for people, regardless of nationality, race, social and economic status, to not only be saved but to partner with Him so as to be used by Him.

While reading John G Lake’s book “Adventures in God” I read the following account “Edward Lion was a native man who, until a few years ago, didn’t even wear clothes. He was illiterate and knew nothing whatever of our conception of scholarship. But God anointed that man with the faith of God and a measure of the Holy Ghost so intense that on one occasion when a multitude of sick folk had been brought into a valley, the power of God came upon him and he went upon the mountainside, stretched out his hands over the sick below, and poured out his heart to God. In a minute, hundreds were healed.”

The great commission to preach, disciple and baptise in the name of the Father, Son and Holy Ghost (Matthew 28:18-20) is offered to every believer in Christ impartially as well as the promise to do even greater works than Jesus did.

Let us not look at others and think “I can never be like that in terms of zealousness for the gospel or the ministry”. If anyone appears to be genuinely advanced in godliness in a way that merits admiration it means they have had a journey of intimacy with God which in most cases has not been an easy one, but because they have resolved to walk closely with God regardless of the difficulties, they have overcomer every obstacle and excelled time and time again.

One of such admirable people of God is Daniel, he is among those with “clean hands and a pure heart (Psalm 24:3-4) and knew their God and as a result they were strong and able to do exploits for Him (Daniel 11:32).

You and I are capable of ascending the “Holy Hill” (Psalm 15:1) of the LORD as those we admire in this present time, in past history including biblical times.

Brethren, scripture states that
“The eyes of the LORD search the whole earth in order to strengthen those whose hearts are fully committed to him.” and also that God’s love and presence in our lives is conditional to our obedience to Christ’s commands (John 14:21,23).

Therefore let us determine to live for God through Christ wholeheartedly regardless of circumstances so that His searchlight will always rest permanently upon us guiding us into greater heights and deeper depths in Him, bringing multitudes with us in the process.