I will sing of the goodness of the LORD!

For He has restored blessings lost.

As a child I hold his hand and skip along

with a face beaming at the thought of

His plans ahead and His goodies galore.

As a dancer I glide with ease to and fro only trained by the Spirit’s flow, filled with joy at every step and twirl as my body sways and receives God’s healing thrill.

As an intercessor I pray God’s will on my knees or as I sit, stand and lay me down, a trainee of the Spirit who knows all so well.

I enter spiritual realms few tread with the Spirit at the head proclaiming “liberty!” while breaking yokes and releasing captives in this time of Jubilee.

As a witness, I am a love letter God writes to the world saying “come to me, return to the fold and be made whole”. I am a light-bearer to showcase the truth of my Master’s Word for therein can be found the Light of the World, Christ Jesus the Lord.

His Light within sets me ablaze to recount reams of God’s deeds and to expose the tricksters schemes at a count of 1,2,3.

As an overcomer in jubilation, I proclaim “Gracious God, all my life, I “will give a testimony of your great goodness and will joyfully sing of Your righteousness (1)“”

The Poetic Song above is a testimony of thanksgiving by a joyful believer in Christ. They relate how He has restored them back to a life of intimacy and a destiny in service to God.

Testimony is powerful in the life of the Christian in that it serves to reveal how God has worked in their lives at different intervals of their Christian walk. It therefore gives glory to God, strengthens the faith of hearers and could be a means to draw unbelievers to Christ resulting in their Salvation.

Let us keep on giving testimonies whether verbal or written in the form of an article, a song set to music or a poem as multitudes are sure to be encouraged, uplifted, motivated and inspired. Your testimony could be just what someone needed to hear to prevent them from committing suicide or giving up on an important project.

Want to subscribe by email so you can pass these Snapshots of glory devotionals to others? Email me at readywriterps451@gmail.com than you 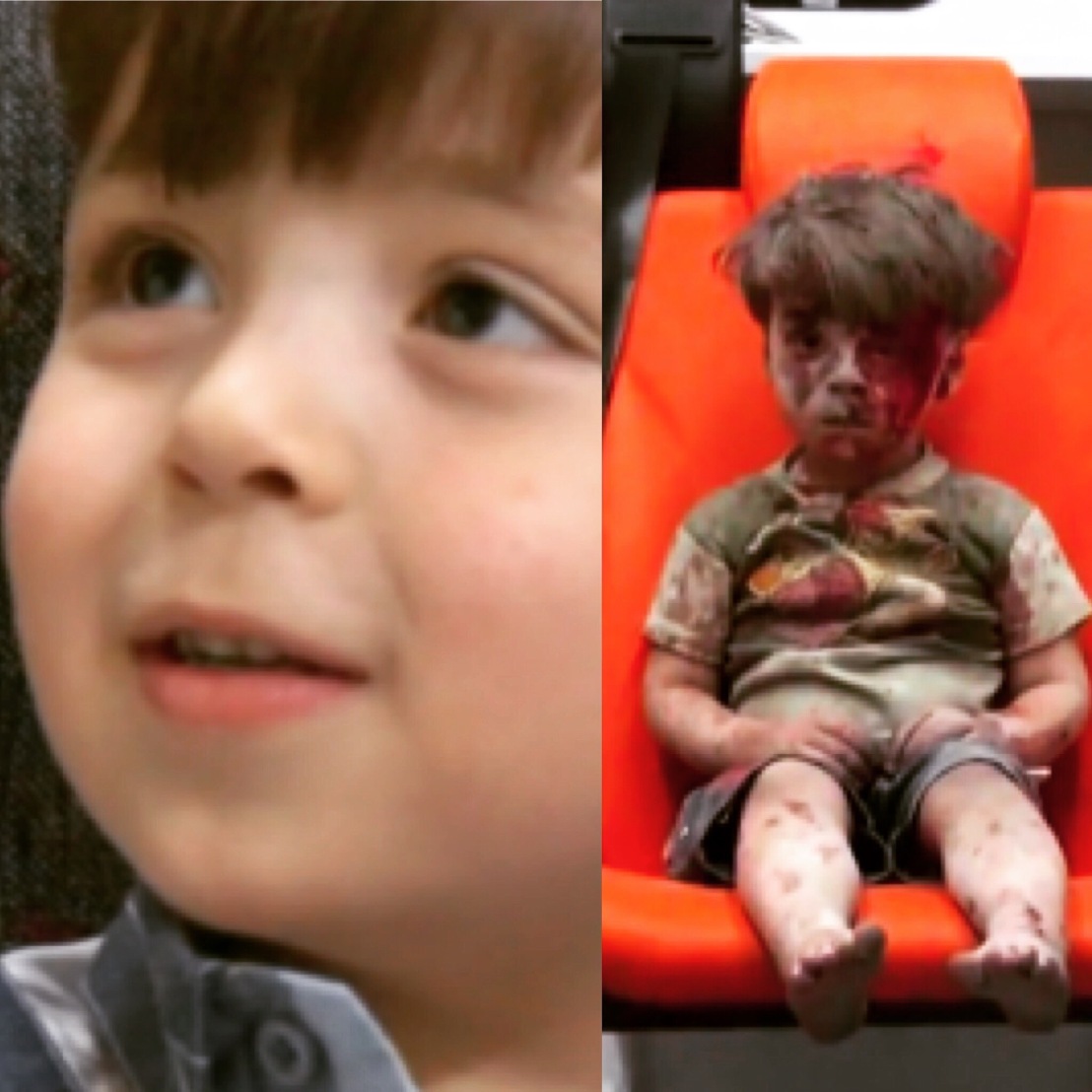 I give thanks and praise that Omran is looking so healthy now (first picture), it was his picture (second picture) I saw last year when he was 5 years old with the news reports of his town (Aleppo, Syria) being bombed (his 10 year old brother died) that broke my heart and inspired the poem below entitled “Can You Imagine?” Please let us continue to pray that wars will cease and peace will reign … also pray for children caught up in either family or national turmoil due to no fault of their own! 😭😭😭
Can you imagine?

Life in a place of devastation,

Your emotions shattered to smithereens,

as the buildings and lives around

you and knocked down trees.
Can you imagine?

’cause of bombing and the

either by death or fleeing homes

in areas declared eery war zones.
Can you imagine?

Babes, new born and as young

as five covered in mud,

blood and the wrappings of death,

either for burial or to live as zombies,

along walking dead paths.
Can you imagine?

The earth shaking at the

The sounds of glass shattering

The sight of bodies assaulted

and raped lying lifeless on

concrete spattered streets.
Can you imagine?

The silence of a ghost town

that once was filled with

laughter ’cause of the circus clown,

and people striding at ease

along its well paved streets.

With children playing and

lovers strolling.
Can you imagine?
Some can only imagine,

what is another’s reality;

A reality of life torn to shreds

devastated by war and threats.

I can only imagine.